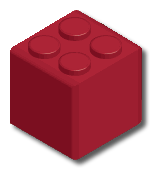 The creditors herein were called together recently at the Greyhound Hotel, Croydon, when Messrs. Brown, Peet and Tilly, chartered accountants, Croydon, submirtted a statement of affairs which showed ranking liabilities of £15,826 13s. 2d.,made up as follows:

It was reported that the debtor in April, 1933, purchased the business of the Purley Timber Supply Co., together with the leases and goodwill, for the sum of £1,060.  In the early stages the debtor’s father, who was now an unsecured creditorfor £6,193, made advances totaling approximately £4,000, that money being used for the purposes of developing a wholesale and retail toy business.  The debtor opened shops at Bridge Road and Brighton Road, Purley, and also had a town office at British Industries House, Oxford Street, London, W.  He adopted the style of “Kiddicraft Co.” in connection with a toy business and expended over £1,500on advertising.  Between April of last year and January 29th last he had a turnover of over £14,000, but, unfortunately, there was a net loss incurred of rather more than £2,000.  The oresent position was attributed to heavy overhead charges and the excessive purchases for the Christmas trade, which he was unable to cope with.

An offer was submitted of a composition of 5s. in the £, which it was decided should be accepted.

The following are creditors :-

The first meeting of creditors herein was held recently at Bankruptcy Buildings, Carey Street, London, W.C.2, when the Official Receiver said that the unsecured creditors’ claims amounted to £14,305 17s. 2d., and there were contingent liabilities totaling £1,358.  The assets were estimated to realize, gross,

£3,705 6s. 2d., but were subjected to preferential claims of £10.  The deficiency was estimated at £11,968 11s.  The creditors passed a resolution in favour of the appointment of Mr. F. S. Parsons, of Messrs. Brown, Peet and Tilley, C.A., Bank Buildings, High Street, Croydon, as trustee of the estate, with a committee of inspection.

It appears that the debtor commenced trading on his own account in March 1933, being financed by his father.  He purchased the business of a timber merchant and sawmills at 6-8 Godstone Road for £1,175 the existing stock for £80 and timber from merchants to the value of £1,000.  Early in 1934 he commenced business as a factor in children’s toys and nursery furniture.

During the year to April, 1934, the turnover was £2,409, with a net loss of £1,422.  In the following year, although the turnover increased to £5,688, there was a further net loss sustained of £1,369.  During the year to April, 1936, the turnover increased to £9, 354, and there was a net profit earned of £83, whilst from April, 1936, to January of the present year there was a net loss of £2,070 on a turnover of  £14,064.  The premises at 2 Bridge Parade were acquired about the end of April, 1934, and in September, 1935, the debtor took a lease of 947a Brighton Road. About two months later he obtained a lease on the premises in Kimberley Place.  During 1936 the debtor embarked upon an extensive mail order campaign and after October, 1936, rented showrooms at British Industries House, Oxford Street, W.  He attributes his failure to increased overhead expenses, and to having over-bought during 1936 toys and nursery furniture which were not sold during the Christmas season of that year and which were not immediately saleable afterwards.

In our Commercial News this month a report is given of the application of Mr. H. F. Page, of The Kiddicraft Co., for his discharge from bankruptcy.  Mr. Page received his discharge, subject to six months’ suspension.  The business of Kiddicraft Co. is still being carried on under a trustee, and trading is quite normal.  In a communication to us Mr. Page writes that many people in the trade have shown great faith in Kiddicraft during this most difficult period, and he feels that the business has a very great future.  The range of “Sensible” toys has been increased considerably.  We were interested to hear from him that Kiddicraft Co. are still deriving considerable benefit from advertisements that appeared in Games and Toys nearly a year ago, and he tells us that fresh enquiries are coming in all the time.