Products produced between 1932 and 1962 carried a 2 or 3 digit reference number prefixed by the letter K.

Numbers were not engraved into product, but were indicated on the box and in the consumer catalogues included in every product.  Trade catalogues also carry the appropriate references.

Our grateful thanks to those who have already contributed images, acknowledgements have been made in product text.

Cordelia was a rag doll featured in Page's book "Playtime in the first five years" - 1953 Second edition.  I had never found one, in fact, never seen one until one day I received an email which read as follows..

My mother Betty Page Macey was Hilary's cousin. Hilary's father Fisher Page and my mother's father - Ernest Bruce Page were brothers. Bruce emmigrated to Canada during the First World War and my mother was born in Saskatchewan. She served in the WRENS during the war and moved to Vancouver at the end of the war. She and a friend bicycled 5000 miles around Europe in 1948/49 and that is when she met Hilary and was asked to pick out one of his toys as a gift. My mother loved dolls so she picked out Cordelia.  I don't know if the doll as dressed when she got it but the nightgown that she presently wears did not come with her. She is made of linen and my mother mended a couple of holes at one time.  My mother died in 2000 and I inherited Cordelia then - she is living in my bedroom in Vancouver.

By the way Hilary's mother was Helen Petter and her father's family started Petter Engines.

Thank you Wendy for the background and the fabulous photographs - I wonder if Cordelia has any sisters out there? 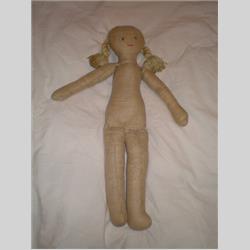 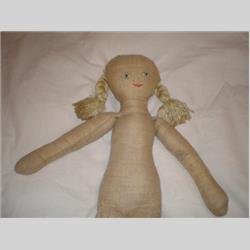 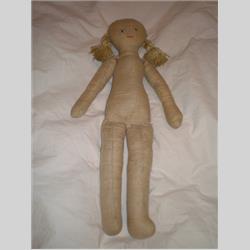 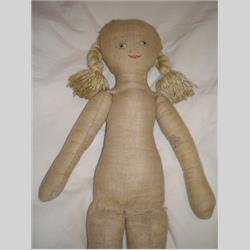 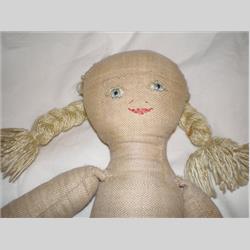 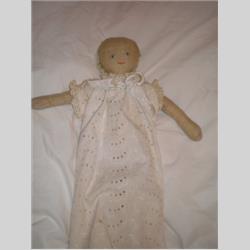 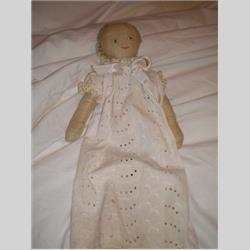