Mr Hilary Page was born in Sanderstead (Surrey) in 1904 and educated at Shrewsbury School. During his childhood he showed a great interest in making his own toys and organising his own games. People would frequently ask him: “What made you decide to become a professional toymaker?” His answer was that he had an intelligent father who in his childhood gave him the opportunity to develop his own ideas for making toys. When he was seven his father bought him two tonnes of scrap building wood from a sawmill, at a cost of two Pounds, and had it delivered in the garden. This inexhaustible pile of wood kept him busy for the following years, and sowed the seeds for an interest in the fabrication of toys, which since then have benefited millions of children around the world.

Hilary Page is a professional toymaker and firm believer in ‘Sensible’ Kiddicraft toys for babies and small children. For his whole life he has studied the hours of play of children and their playtime material needs. For many years he would spend his Wednesdays in children’s playgrounds, sitting on the ground and playing with the kids in order to work out exactly what type of toy would be of most interest to them.

In this book he describes each aspect of these playtimes, and teaches parents and teachers which types of toy are the ones which maintain the interest of the children for the longest possible time as well as helping them with their development through the various stages of childhood.

Mr Page started the Kiddicraft business in 1932 with capital of 100 Pounds, and today his toys are made and known throughout the world, although their development and control are still in his hands. He has inspired parents, nannies and teachers to write to him, and he has placed his trust in their cooperation and critical spirit to produce what they need.

Much of his best ideas for toys have stemmed from the thousands of letters that he receives each year. He has developed these suggestions and has given them practical form in this book. 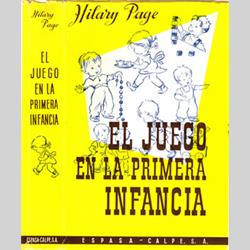 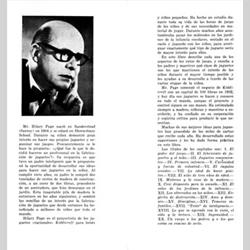